Forestry is part of the solution to the climate question and is driving growth in the global bioeconomy. This is self-evident in countries such as Sweden and Finland, where forestry is an important industry, and where the development of sustainable forestry is very much in focus. In other parts of the EU, bioeconomy and forestry are seen somewhat differently. It is important to act now in order to get EU decision-makers on board, says Maria Wetterstrand, Mistra Digital Forest board member. – It is all about showing that it is possible to combine protecting biodiversity with active forestry.

With her background as a spokesperson for the Green Party, and her current position as a consultant in Brussels, Maria Wetterstrand has something of a foothold in every camp. She is well acquainted with the critical arguments raised against the forest sector, and is well aware of the substantive issues. At the same time, she knows how to talk forestry in the corridors of the EU Parliament, and understands the obstacles that await Swedish forestry if the sector fails to take a major step forward. 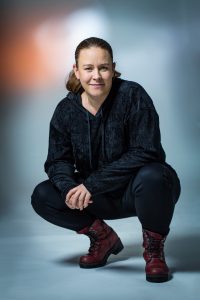 “Active forestry where as much of the raw material as possible is used in long-lasting products, contributes better to long-term climate policy than just leaving the forest standing does.” says Maria Wetterstrand. Photographer Fredrik Hjerling

– From an environmental perspective, forests and the forest industry are generally seen in quite a negative light within the EU. For many years in Sweden, we have been discussing how the bioeconomy can be one solution to the climate issue, whilst the discussion within the EU is more concerned with the perceived threat to biodiversity that the forest industry is thought to pose, says Maria Wetterstrand.

Basically, forestry policy is a national issue where national regulations have to apply. But the EU also has common comprehensive strategies on biodiversity, forest protection and how forest issues should be dealt with internationally. This is where decisions that also include Sweden can be taken.

What are the main challenges for Swedish forestry, in relation to the EU?

– Showing that it is possible to combine protection of biodiversity with active forestry is central. The digital tools that are currently in development and use, can help to show that there is powerful development in forestry, and that the sector plays its part in modern society, but also that we get tools that can increase consideration for biodiversity, and can show we are doing just that.

As a first step to show that the combination is possible, forest owners need to accept the restrictions that have already been introduced in Sweden, but they also need to be prepared for more. At the same time, Maria Wetterstrand believes it reasonable to expect some financial compensation for forest owners.

If we really have made progress in Sweden – why have we not promoted it better?

– For some countries it is of absolutely no interest, since they don’t have that much forest, and in other countries forestry is not on the same environmental level as it is in Sweden. Such local experiences affect the way the forest industry is seen, making it difficult to promote the Swedish perspective, especially if financial interests are involved.

Maria Wetterstrand on the EU’s view of the bioeconomy:

Taking the Commission as a starting point, it can be stated that biofuels for cars are pretty much counted out, it’s electrification that applies. When it comes to solutions in other sectors such as shipping and aviation, hydrogen is discussed. And then mostly hydrogen by electrolysis. Electrification has a significantly higher status than the bioeconomy in general. But there is not much skepticism about using wood as a building material, for example, since it’s a matter of long-lasting products and it’s a better building material than many of the alternatives. 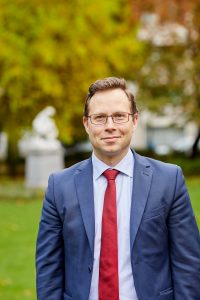 On site in Brussels, Johan Elvnert, CEO of FTP (Forest-based Sector Technology Platform) is one of the people who has worked for many years to draw attention to forestry issues. Like Maria Wetterstrand, he emphasises that regulations within the EU have an ever-increasing impact on the Swedish forest industry.

– We have to retain the right to decide how we should use our own forest, and we are losing it now, he says.

Central elements in Johan Elvnert’s mission are disseminating knowledge about the forest and forestry at EU level, working to increase research funding for the forest sector, and directing investments to relevant areas. He confirms that it is tricky and time-consuming, but it is work that has also yielded results.

-The EU’s new Horizon Europe framework programme is presented this year, with a budget of almost €100 billion. It contains all sorts of research funding. Part of that amount is directed towards specific sectors, and that’s where I’m working to get more money for important areas in the forest sector.

What can we do to influence the situation?

– It’s really great to participate in the EU programmes, and many Swedish researchers and companies do just that, but they could be even more active. Some react against having to work with other actors in different countries, which can be a bit daunting. But these are the research projects monitored by the Commission. If Swedish organisations only choose domestic projects, there is a risk that the opportunity of influencing European development will be lost in favour of other organisations and sectors within the EU.