The forwarder driver has the complex task of getting all the felled timber out of the forest with the shortest possible driving distance. And the industry has consistently called for a tool that, above all else, can help new drivers to optimise forwarding. Within Mistra Digital Forest, a project that is unique in the world is underway, with the aim of offering precisely that. 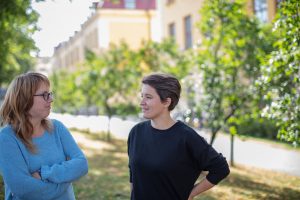 Linnea Hansson (left) and Victoria Forsmark (right) are working on the GoForward project at Skogforsk.

The tool that is taking shape at Skogforsk is unique and highly sought after. It is called GoForward and uses harvester data not only to suggest the best route for the forwarder, but also how to load optimally. In other words, it is a tool that can save countless liters of fuel and many working hours during forwarding.

– We use harvester data to create the forwarder’s route, but what is unique about our project is that we also use this data to suggest how the forwarder can optimally group load. We already know that group loading, as compared to taking one type of timber at a time, reduces the total mileage. In turn, this results in lower felling costs and lower emissions, says Victoria Forsmark, project manager at Skogforsk.

”I have been calling for this kind of decision support for ages”, says Fredrik Gunnarsson, CEO of the forest entrepreneur Freddes Skogstjänst.

The researchers want the tool to imitate the complex reasoning of an experienced forwarder driver about group loading, amongst other things. For example, the tool takes into account that thicker wood can be loaded on top of thinner, but not the other way around, because then it falls down and becomes more difficult to sort at the landing.

– I have been calling for this kind of decision support for ages, says Fredrik Gunnarsson, CEO of the forest entrepreneur Freddes Skogstjänst. Driving a forwarder is a logistical challenge. Just as the delivery truck drives along a well-thought out route when picking up and stacking packages, this tool helps the forwarder to solve the logistical puzzle. It is an essential tool for quickly increasing the capacity of new drivers, and it can also contribute to a better working environment for drivers with more experience.

“The next step is to suggest shortcuts”

The Mistra project is now proceeding to collect feedback from forwarder drivers and to carry out field studies. So far, SCA has contributed to the conceptual work, and Holmen’s machine data have been used.

The next step is to develop the tool so that it can suggest shortcuts for the forwarder based on water maps and data on nature values, for example. Currently, the tool only suggests routes based on the harvester’s tracks, says Linnea Hansson, researcher at Skogforsk and continues:

– If it goes smoothly, we will have a tool that is ready for use in just over two years. Once a company adopts our research prototype and builds it into their system, things can move very quickly. 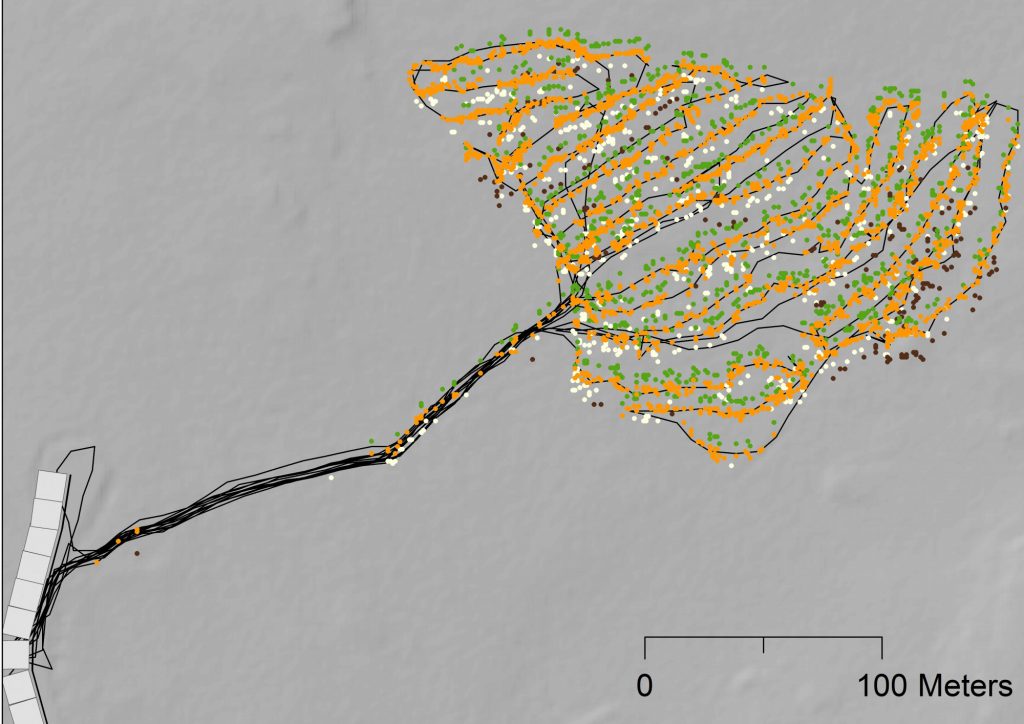 The picture shows harvester data in the form of piles of wood (dots) where each color is a different type of tree. The lines are the harvester’s driveways to the landing (boxes). GoForward assists the forwarder driver in the complex task of transporting several different loads to the landing as efficiently as possible. Photo: Skogforsk.